Cattle and sheep are inefficient at converting grass protein into milk and meat. When grazing conventional grass, livestock use only about 20% of protein from the herbage for production – most of the rest is wasted in urine. This is not only a waste of money, but it is detrimental to the environment.

This results in a large proportion of the nitrogen being absorbed as ammonia and eventually excreted. Grass cell walls consist of complex carbohydrates called cellulose, hemicellulose and lignin.

Although these components can be broken down to provide energy, this is a relatively slow process and is often out of balance with the breakdown of protein.

Water-soluble carbohydrates in grass are the sugars found inside the plant cells, rather than in the cell walls themselves. Unlike the carbohydrate in the cells walls, these sugars are a source of readily available energy soon after forage enters the rumen, fuelling the rumen microbes to process more of the grass protein. This protein can then be used in the production of milk and meat, rather than being excreted.

This is why livestock perform better off forage with higher sugar levels. Research at IBERS Aberystwyth University has shown that Aber HSG varieties have consistently higher levels of sugars than standard varieties, throughout any grass growing season. WSC levels up to 50% higher than controls have been recorded in some Aber HSG varieties, and these higher WSC levels are also being seen in independent NZ trials.

Since proof of principle research established the value of a higher WSC content, a breeding programme has been ongoing to develop Aber HSG ryegrasses.

Research to improve the quality of grass continues at IBERS Aberystwyth University, with a focus on animal performance and increasing emphasis on the environmental benefits. In addition to WSC, other quality traits including improvement of the fibre and lipid components of grass, are now included in project objectives.

Enabling ruminants to convert more of the nitrogen in their feed into milk and meat improves production efficiency. It is also very positive for the environment in terms of reducing greenhouse gas emissions (ammonia and nitrous oxide) and urea (in urine). Feeding ryegrasses with higher WSC content leads to improved rumen efficiency (allowing increased protein synthesis) and evidence shows this results in reduced nitrogen losses.

Aber High Sugar Grass varieties are proven performers in terms of dry matter yield, digestibility and ME yield, boosting not only production from forage but the environmental credentials for farming too. This has been recognised with a string of prestigious awards, beginning in 2003 when the first Aber High Sugar Grass, AberDart HSG, became the first grass to win the NIAB Variety Cup. In subsequent years, the plant breeders behind this breakthrough technology have collected innovation and technology awards from RASE and the BGS, and with the Queen’s Anniversary Prize and the recent Times Higher Education Award they have received accolades beyond the agricultural industry. In 2015, AberGreen became only the second grass to win the NIAB Variety Cup. 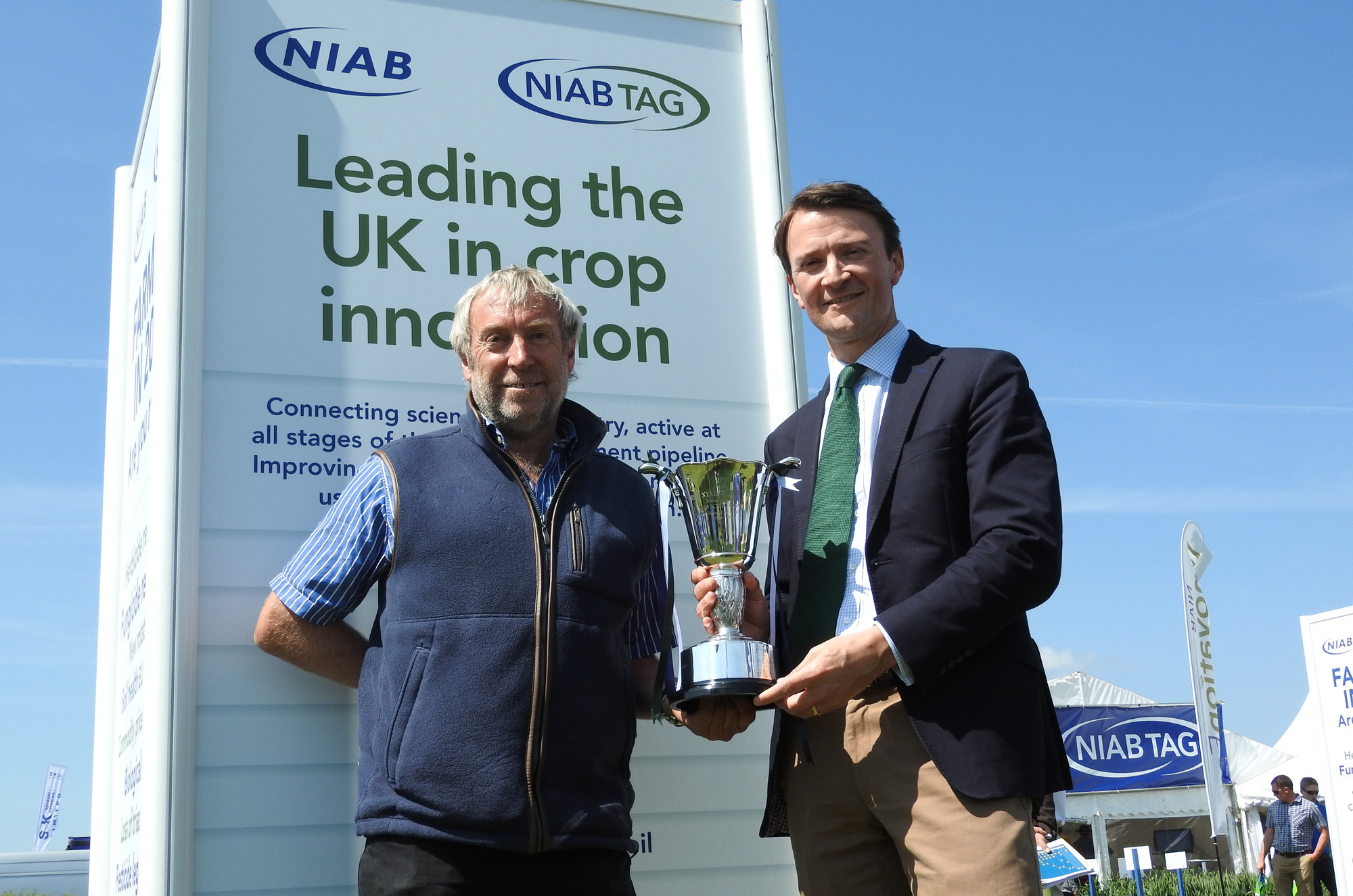