Pasture survival is an enduring challenge for Mark and Helen Andrews, who run a large pig farming and cattle finishing operation in Pleasant Point, South Canterbury.

Their 136–hectare property, situated 28–kilometres inland from Timaru, is subject to environmental extremes which limit the type of pasture that can be planted. The region has just experienced its third driest November since MetService records began in 1956, with only 8.2mm of rain.

Germinal’s AberLasting clover variety has proven to withstand the dry climate, largely due to its superior root system.

The Andrews’ free–farmed, farrow–to–finish operation runs 400 sows, and is complimented by finishing and wintering of 500 beef cattle. One hundred hectares has been planted in AberLasting as part of the farm’s permanent pasture mix, providing a reliable feed option.

“Knowing that the pasture is going to survive during our dry season is key,” says Helen, who also holds a strong governance role within the industry, having recently been elected to the New Zealand Pork Board.

The majority of the Andrews’ farm – 70 percent – is made up of river flat, with the rest rolling hill country.

“We are not in the foothills and we are not coastal, so we often miss out on any moisture that is available,” says Helen.

“The additional free–draining aspect makes for a very harsh climate – if it can grow here it can grow anywhere.” 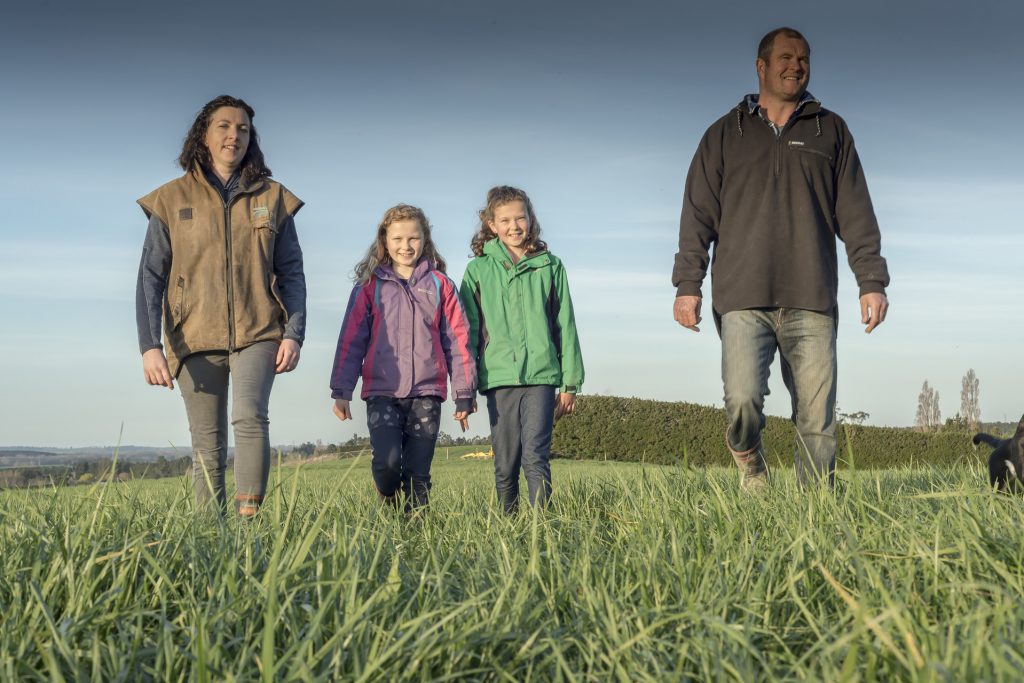 Touted as the first ‘Super Clover’, AberLasting is the world’s first successful cross of Caucasian and White clover, combining the yield and nitrogen fixing properties of White Clover with the persistence of Caucasian clover.

In a recent drought tolerance experiment, AberLasting maintained leaf water content for one week longer than traditional white clover when completely without water. It can also withstand overnight temperatures of –20 degrees Celsius, which would wipe out 70 percent of other white clover varieties.

“Changing the pasture into AberLasting, with its deeper root system, has enabled us to have confidence in its performance year–round,” adds Helen. “There is satisfaction in knowing that we don’t have to do a full pasture replacement – there is no need for a plan B or C.”