“The pasture has to survive and bounce back in our tough location”.

Farming New Zealand’s high country presents a range of environmental challenges, with the land imposing restrictions on what can tolerate its seasonal extremes.

Hamish and Julia MacKenzie of Braemar Station have used Germinal’s AberLasting, a unique cross of Caucasian clover and white clover, as part of their permanent pasture mix since 2013. The aim is to increase feed quality and persistency for the farm’s 7,000 sheep, 1,500 deer and 450 cattle.

Situated 700 metres above sea level on the eastern side of Lake Pukaki, Braemar Station covers 4,100 hectares. Temperatures can drop to –15 degrees Celsius in the winter, and it is not uncommon to be feeding out for 120 days during this time. Long dry periods in summer culminate in frequent droughts.

The region recorded the country’s lowest air temperature in 2017 – minus 14.6 degrees Celsius, according to the National Institute of Water and Atmospheric Research.

Touted as the first ‘Super Clover’, AberLasting is New Zealand’s first successful cross of Caucasian and white clover. Bred for greater tolerance to environmental stressors, it can withstand overnight temperatures of –20 degrees Celsius, which would wipe out 70 percent of other white clover varieties.

In a drought tolerance experiment AberLasting maintained leaf water content for one week longer than traditional white clover varieties when completely without water.

“A lot of other clover would have run out of puff by now, but the AberLasting mix is still going strong after four years. The pasture has to survive and bounce back in our tough location. We are fattening lambs, deer and growing out young stock, so persistence is particularly important.” 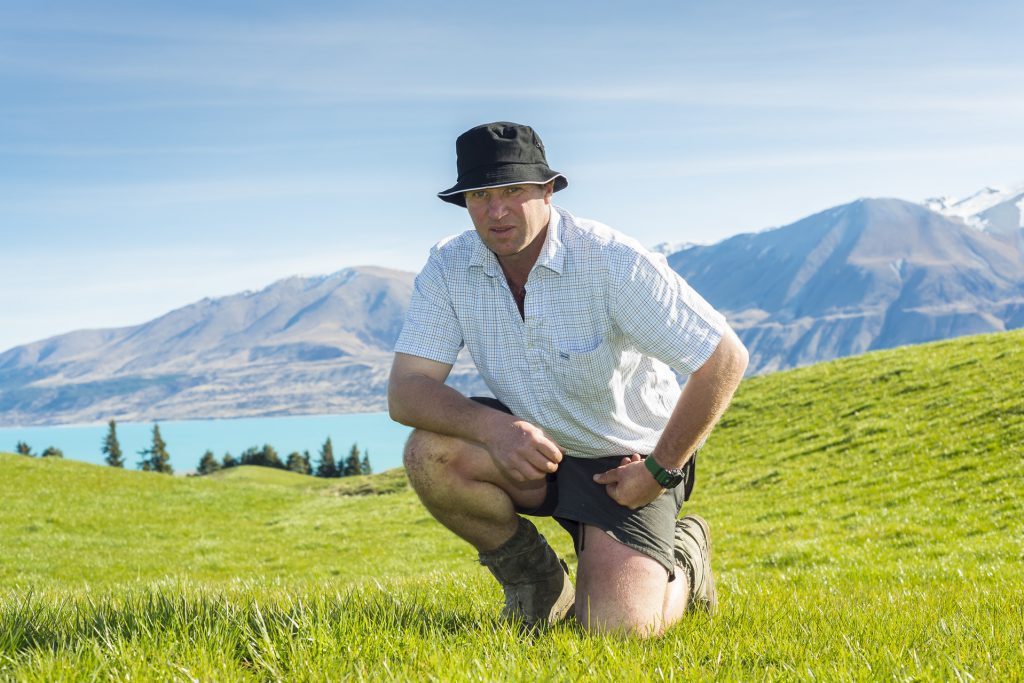 The superior root system of AberLasting clover results in a more resilient plant, which also enables it to withstand heavy grazing.

“We find it has the ability to kick back into gear after cutting silage off it, which means we can use it to fatten lambs in late summer and into autumn,” says Hamish.

“It is a deep–rooted plant, and copes with our dry conditions and heavy soils really well.”

Hamish and Julia are actively involved in New Zealand’s agricultural industry, and are well–regarded for their proactive approach to protecting the environment.

In November this year they will host a field day onsite at Braemar as part of the New Zealand Grassland Association’s 2018 conference. Typically attracting up to 500 attendees, the annual event showcases the latest in grassland science and best farm practice.

The couple also won the New Zealand Deer Farmers’ Association Next Generation Award in 2017, for performance across environmental, financial and social aspects of their business.