Red clover is a short-lived perennial herbage legume that typically persists for 2 – 4 years. In contrast to white clover, it has an upright growth form and a strong deep tap root from which finer roots arise. The crown, located at the base of the stem, acts as a store of nutrients. Differences in the size and reserve status of the crown affect persistency and suitability for particular management regimes. 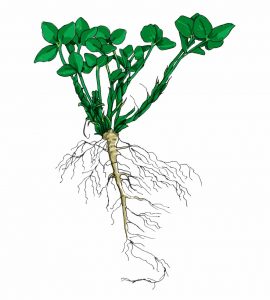 Red clover is best grown as part of a grass/clover sward, but can also be grown as a monoculture, primarily to provide high yields of protein-rich forage.

The development of more grazing tolerant and persistent varieties is creating the potential for red clover in rotational grazing systems, and it also has value as a break crop that improves soil structure and fertility.

As the crown is above ground, damage must be avoided to ensure plant survival:

Protein content is particularly high in red clover, and – due to a form of biochemical protection – there is a reduction in protein loss in the silo. Feed value is greater than it appears on analyses due to the composition of the protein, and exceptional finishing results can be achieved.

Red clover has significant benefits as a break crop in mixed farming situations due to its ability to improve soil structure and soil nutrient status.

Red clover is primarily grown in a mixed sward but can also be grown as a monoculture. Aber High Sugar Grass perennial ryegrasses make a great companion ryegrass for a highly digestible and protein rich feed source.

Advantages of growing red clover with a companion grass:

Bloat is the excessive build-up of gas (carbon dioxide and methane) in the rumen resulting in distress and possible death due to the exertion of pressure on the animal’s diaphragm, heart and lungs. Some legumes, including red clover, present an increased risk of bloat (due to the rapid breakdown of protein in the rumen) if the correct management is not applied.

Effective management procedures to minimise or eliminate the risks of bloat in livestock grazing clover-dense swards should include:

Red clover typically contains high levels of phyto-oestrogens, particularly formononetin, which can cause a reduction in ovulation rates in ewes. It is therefore advisable to avoid grazing red clover varieties with ewes and rams in the period from six weeks before to six weeks after tupping.

IBERS have a significant breeding commitment to red clover, following the recommencement of their red clover breeding programme in 1998. New varieties with greater persistency and stronger resistance to disease, offering better compatibility with modern farming systems, are now available.

The main objectives of IBERS’ red clover breeding programme are:

IBERS has an ongoing screening programme for resistance to diseases such as Sclerotinia and stem eelworm in red clover. Several breeding lines with improved resistance have been identified and these, along with resistant wild ecotypes that have been collected from around Europe and Asia, are being used to develop new varieties of red clover.

One of red clover’s shortcomings has been its relatively short persistence, typically remaining in the sward for just two to three years when a longer productive life would make it more compatible with medium term leys.

Long term trial plots at IBERS are now showing the results of breeding for longer-lived red clover, with fourth year data revealing new varieties that are still producing in the region of 14 tDM/ha.

Over the four years, the new material is totalling around 60tDM/ha compared with 40 – 45tDM/ha from the controls.

The long-term red clover breeding programme continues, with new varieties to rival AberClaret already in the advanced stages of development. 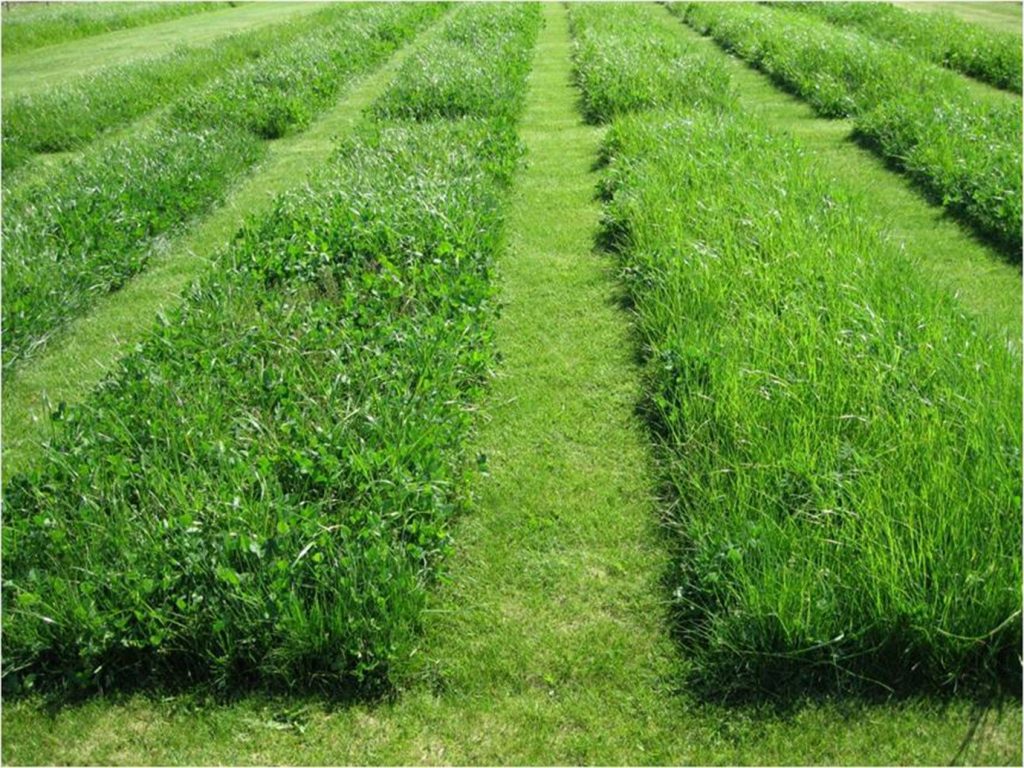 Work is currently underway to increase levels of polyphenol oxidase (PPO) in red clover. PPO is an enzyme that plays a role in the protection of protein and lipids from degradation both in the rumen and under silage.

A proportion of the protein content of red clover is lost through oxidation under silage. In less than optimal conditions, this can be as high as 30% of the overall content, with the nitrogen content of the degraded protein being lost through leaching. Similarly, a large proportion of plant proteins are degraded in the rumen, resulting in its loss before there is any potential for digestion by the grazing animal.

Enhancing PPO levels can help retention of protein through silage and digestion, maximising the nutritional qualities of the forage and preventing loss of nitrogen to the environment. Likewise, PPO protects plant membrane lipids during silage and in the rumen. This can have a knock-on effect on the fatty acid profile of the milk by increasing polyunsaturated fatty acids and decreasing saturated fats in milk of cattle fed on red clover.